I have been very fortunate to have had my album listened to by Berklee guitar professor Jon Finn. A wonderful guitarist and author of many educational books with Mel Bay.

Heres what he had to say about ‘The Knight’

Your CD rocks!   Great tone, great feel, great concept.   Too many guitar-instrumental releases seem to be excuses to showcase chops…and I appreciate your willingness to put chops aside, allowing the tune to live at the center.

“Khan Manuel is a storyteller with his guitar. Rather than trying to

impress us with his considerable guitar skills, his debut CD takes us

on a musical journey. Isn’t that why we make music?”

Well I just found out out that for the month of September ‘The Knight’ was ranked #1 in the rock section out of over 1500 guitarists from all over the world.

Guitar9 Records is the No1 record distribution company for guitarists and I am grateful that it is available otherwise it would be very difficult to get my music out there internationally, so a big thanks to G9.

Anyway I really dont know what to say other than thankyou to everyone for your continued support. I am truly grateful and appreciate the kind messages that I receive. It makes the countless hrs of studying and playing worth it, thank you once again.

On another note there was a gig lined up at Hugos up in Kings X tonight but it got canceled. It was with one of Sydney’s top DJs Jay and Club U.K

I will be performing with him more soon so ill keep you posted with upcoming gigs.

Im very excited to announce that Im now part of the wonderful team at Ernie Ball, Cmc music australia. Ive used ernie ball strings ever since I was a young lad and am proud to be sponsored by them. Ernie ball have been around for many years and support many world class acts. Some other Australian endorsed artists are Rock legends Jimmy Barnes, Diesel, Shannon Noll, Kiss Chasey to name a few. Check the website out at www.cmcmusic.com.au Thanks a million to Carole and the cmc music team here in Oz for supporting me…

A review of the album…

“The Knight” is the excellent instrumental debut from Australian guitar virtuoso Khan Manuel. Like Joe Satriani and Steve Vai before him, Manuel uses the classic rock sound as the basis for his compositions. The first three tracks on this album – “The Knight,” “Down ‘n’ Dirty,” and “Space Travel” – exploit this passion with blistering guitar solos and perfect, clean execution. Manuel is versatile though, and he knows how to control the guitar to unfalteringly change harmony or tempo and to make the guitar cry, as he does in the emotive “Now And Forever.” “The Knight” is well-produced, bringing Manuel’s guitar work to the forefront, and ready to be turned up loud. “Flamenco Nights” begins with ambience and Latin guitar, then continues with great Flamenco-style guitar work, hand claps, and a nice groove. “Midnight Jazz” couples a nice drum beat with great mellow jazz guitar work. Khan Manuel is an excellent guitarist, well-trained, and a hidden talent that deserves to be discovered. Fans of classic rock and superb instrumental guitar work should definitely pick this one up.

Khan is very happy to be sponsored by ‘Music Star Wear’, a clothing company in the U.S that focuses on styling clothes for musicians. There are a wide range of products including hoodies, t-shirts, wrist bands, socks, caps and shorts.

I got an email last night from the radio announcer in Europe and he said that the contest went well and that there were many phone calls to win the competition. 38 people got the answers correct. A girl was the winner.

‘The knight’ is now available on itunes. Please check it out if you get a chance…there is also a place to leave a review.

Hi everyone, im happy and excited to announce that I was notified a few weeks ago that ‘The Knight’ will be played in full on radio stations in Romania, Hungary, Montenegro and Serbia. In addition a competition was set up for listeners to ring in to win a copy of the album. A big thanks to Ovidiu and the radio station ‘For the love of guitar’ for the support.

A big thank you to Steve Passiourus and the PBS radio station Fretnet for playing some tunes off “The Knight’ Fretnet is a radio station based in Melbourne that broadcasts world wide on the internet and is one of the best guitar radio stations out! They play music from artists like Carlos Santana, Steve Vai, Joe Satriani, George Benson to name a few. Thanks again Steve for your support. Check out Fretnet at 106.7FM. 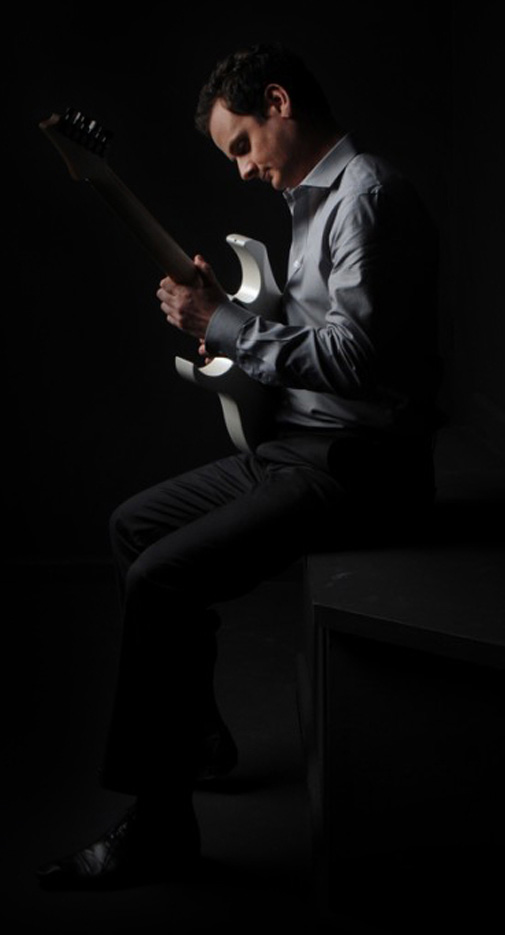